Will Your Life Become a Statistic? 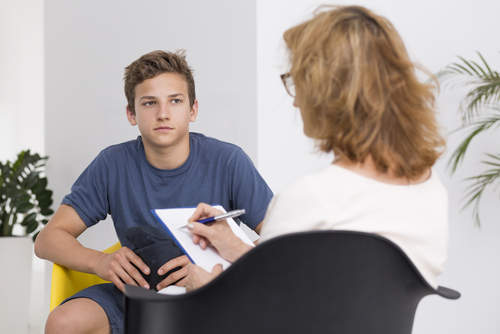 According to the National Center for Health Statistics’ December 2017 report, unintentional injuries, the fourth leading cause of deaths in 2015, became the third leading cause in 2016, while chronic lower respiratory diseases became the fourth.

In lieu of the opioid crisis, we may question what constitutes an unintentional death? The National Center for Biotechnology Center informs us that three unintentional deaths are categorized by motor vehicle traffic crashes, poisoning, and falls. Someone dying from a drug overdose could well fall into the poisoning category, though nothing specific to this premise was cited in their report.

A late December article in The Hill, by Gregory J. Wallance, notes the opioid disaster in this country can now be measured by the average life expectancy of Americans. A recent study by the National Center for Health Statistics of the U.S. Centers For Disease Control and Prevention, documented life expectancy in this country has gone down for the second straight year. Drug deaths are the main culprit and the opioid crisis is the major driver of those deaths.

Everywhere in the news one can read about the rising number of drug related deaths in the United States. The New York Times noted that over the past three years, fentanyl-related deaths have increased by 540%. According to the Journal of the American Medical Association, for the first time, the majority of fatal overdoses are fentanyl-related. These account for nearly all the increases in drug overdose deaths from 2015 to 2016.

Though Jeff Sessions was quoted as saying, “Fentanyl is the number one killer drug in America,” the Trump Administration’s efforts to combat this epidemic are paltry at best. What can be done to stop death rates from climbing? Narcan saves some lives, but doesn’t stop addiction behavior. Grassroots efforts across the country are remarkable, but way underfunded.

Illegal trafficking of fentanyl is one of the main culprits of the crisis. Trump warned Chinese leaders over the production of fentanyl, but what came from his warning? The attorney general, Jeff Sessions, traveled to New York’s JFK airport, to meet customs agents, but again, what were the results?

What will it take for drug addicts to turn to health rather than the roulette of street drugs?

Serenity Oaks Wellness Center is a 5-week extensive treatment program to help someone who is struggling from drugs or alcohol. Our 12-Step aspects and holistic therapy combined can show you how to adorn your soul in recovery.