Will the Death Penalty Help the Opioid Crisis? 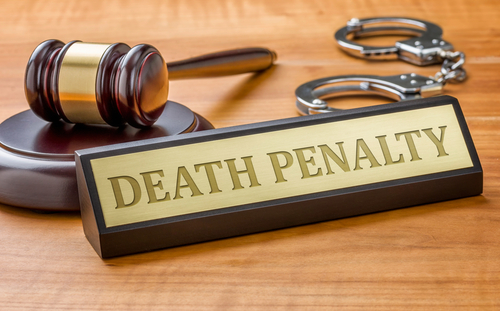 With the opioid crisis happening in our own backyards it is no wonder that this type of negativity has open the floodgates for people to try and do their part. Communities as well as state and national agencies are coming together in hopes of bringing better awareness to fight opioid addiction.

President Trump has already announced that he will be going after the drug dealers that have put us in jeopardy with their contraband. Under federal law, the death penalty can be exercised in some drug trafficking cases where deaths, specifically murder, have occurred. Prosecutors are also allowed to go after drug kingpins who have been convicted of distributing large quantities of drugs that range around 600 grams of heroin, a drug that contains a huge volume of fentanyl, or collecting substantial amounts of money for the drugs.

There has not been a time yet that the “drug kingpin” death penalty has been used because it is unknown if this type of death penalty is even constitutional. President Trump is on a mission and has been quoted as saying, “My Department of Justice will be seeking so many, much tougher penalties than we’ve ever had. For the big pushers, the ones that are really killing so many people, and that penalty is going to be the death penalty,” he said, as he pointed out dealers are responsible for thousands of deaths. “If we don’t get tough on the drug dealers, we are wasting our time. Just remember that, we’re wasting our time. And that toughness includes the death penalty.”

While it may seem that giving the death penalty to people that push these drugs into our public would solve the problem, there are questions to whether this will be effective or not. No evidence has been shown to slow down drug dealers with merely a conviction and giving them the death penalty is not a speedy process. Getting sentenced with the death penalty usually sets off years of litigation, appeals, and even makes it difficult to prove that the drug dealer is responsible for the death. Fewer drug dealers are going to jail because it is hard to confirm exactly which drugs someone overdosed on beyond a reasonable doubt from a certain batch of drugs sold by a particular drug dealer especially to those that have a substance abuse disorder.

Getting the persons responsible for the opioid crisis will take some time, but President Trump is on a mission to reduce the devastating blow our country has seen in the last decade. He vows, “Together, we will end the scourge of drug addiction in America once and for all. We will win, we will beat it. We’ll be tough, we’ll be smart, we’ll be kind, we’ll be loving. We’ll do whatever we have to do.”

If you or someone you know has a problem with drugs and alcohol, Serenity Oaks Wellness Center can help you beat your addiction. Our holistic therapy and 12-Step aspects combined can show you how to adorn your soul in recovery.