What Diagnoses are Common with Addiction? 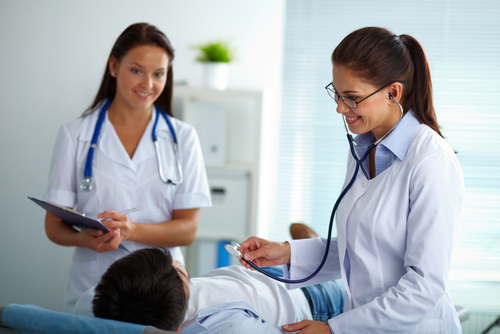 Alcoholism abuse is associated with a number of mental health concerns. According to the National Institute on Alcohol Abuse and Alcoholism (NIAAA), antisocial personality disorder (ASPD) has the closest link to alcoholism. When compared to people who don’t have alcoholism, people who do are 21 times more likely to deal with ASPD. The two disorders often develop early in life. Alcoholism can make the ASPD worse, as intoxicated people might have lowered inhibitions, which makes their antisocial behaviors more prevalent.

People who have schizophrenia can develop addictions. A study in the American Journal of Psychiatry makes the assertion that about half of all the people with schizophrenia also struggle with an addiction. What was found to be particularly noteworthy is the association between marijuana abuse and schizophrenia. The reasons behind this are unclear though some theories suggest marijuana may produce some of the same symptoms experienced in the middle of a schizophrenic episode.

Cocaine addiction and anxiety disorders are linked to alcoholism because people who abuse cocaine often take the drug because it makes them feel euphoric and powerful. Continued abuse of cocaine can lead to symptoms more indicative of an anxiety disorder. These include: paranoia, hallucinations, suspicious behavior, Insomnia, and violence. It is believed that the aforementioned symptoms may fade away in people who have achieved lengthy sobriety. Though, even when sobriety has continued, the damage can sometimes linger.

Survivors of traumatic events, may be diagnosed with post traumatic stress disorder due to their experience with serious physical and or emotional pain and injury. Physical injuries treated with prescription painkillers can lead a person to abuse the medications prescribed in their attempt to erase unpleasant memories and pain, and to experience euphoria. Likewise, alcohol abuse may be overly consumed to rid oneself of horrendous memories.

Heroin, in the short run, can make users feel exceptional pleasure. Long-time users may sabotage parts of the brain responsible for producing signals of pleasure. The user keeps going back for more and more to try and reproduce the original high from heroin. In time, and because of overuse, brain damage occurs that can lead to depression. Without the drug, users become incapable of feeling happiness. With a dual diagnosis, much can be done today in the service of alleviating pain and suffering, and making progress towards lasting sobriety.

Serenity Oaks provides an intensive 5 week program to support your sobriety and recovery from addiction. We aim to provide a space where you can find out how and why you have struggled with addiction. Our therapeutic and medical support are just one of the tools we provide to help set you up for success in recovery. Call us to find out how we can help you get started: 844-396-8526.