Should A Police Officer Be Arrested for DUI? 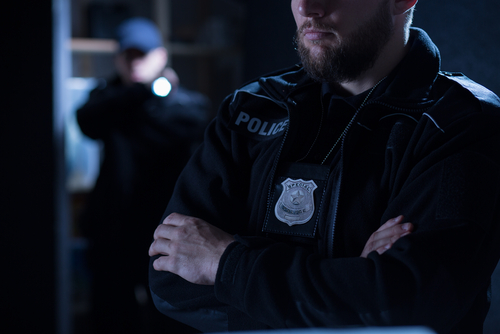 Stories have surfaced about police officers protecting their own when it comes to disobeying the law. While, this may seem enabling to someone that really should be reprimanded for their mistakes, this has happened in the past. Although our policemen protect us from dangerous threats and should be protected for their valiant efforts, this does not mean that they should be considered above the law differently than civilians.

In September of 2017 around 10 p.m., an off-duty Los Angeles police officer, Edgar Verduzco, crashed into two other cars with one being propelled into the center divider because of the impact of being rear ended and then burst into flames killing three people. This included a married couple and their 19-year-old son who were survived by their four other children. Whereas, the occupants in the other automobile that were hit second during this terrible accident only received minor injuries.

After the crash, CHP came onto the scene where Verduzco was not given a breathalyzer that would have stated his blood alcohol content, but instead was taken to jail on suspicion of DUI where he bailed out the next morning. He remained free until he was taken into custody almost a week later and booked on three counts of gross vehicular manslaughter while intoxicated and drunk driving causing injury. His bail was set at $6.1 million and faces life in prison if he is convicted of all charges.

The irony of this story is that hours before this deadly crash, Verduzco posted a video to Instagram with the hashtag, “#dontdrinkanddrive” around 7 p.m. The Instagram story included a male avatar in a Dodgers shirt sitting in a red convertible honking the car horn that was front and center of the video with the paradoxical hashtag below the vehicle. In the background was a bar top with some half full beers on it with a bartender tending bar. Sadly, Verduzco had killed all three of his victims before his Insta Story had even expired and when he was taken into custody he was wearing a Dodgers shirt that resembled that of the avatar.

Because of the severity of his crime, he was let go from his job at the LAPD after the terms of his civil service contract ran out. The LA police union has stated that Verduzco should be “suffer the consequences of his reckless actions”.  Even though he is a police officer, justice should still be served for anyone who breaks the law.