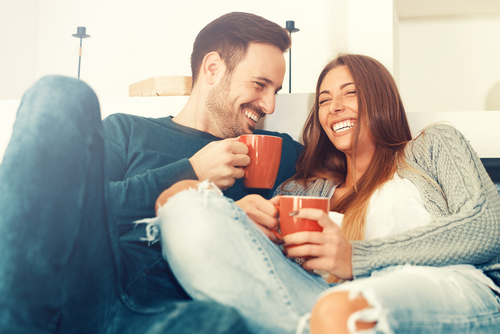 Caffeine is a widely used stimulant that is appearing in everyone’s hands nowadays, including teenagers. The advent of the ‘coffee shop’ really took off in the last decade or so, but caffeine has been around for much longer. It appears in everything from coffee to soda, chocolate to gum and even energy drinks. For millions of people, it can become an addiction quickly with serious consequences.

The Johns Hopkins Medicine study looked at the effects of caffeine addiction, the results of which may have helped to place caffeine addiction in the ranks of dozens of other disorders included in the Diagnostic and Statistical Manual of Mental Disorders (DSM), Fourth Edition. This collection of mental health disorders now lists caffeine related disorders including intoxication, caffeine-induced anxiety disorder and caffeine-related sleep disorders.

People are becoming more aware of the effects caffeine has on the body. Withdrawal is a real symptom of quitting caffeine. Some of the symptoms may include:

Prior to the study that landed caffeine in the DSM-IV, medical experts had searched for a science-based platform for addressing caffeine addiction. Exploring nearly 60 caffeine studies and nine research surveys on caffeine withdrawal effects, the efforts may have finally paid off in listing this as a diagnosable condition.

On a larger scale, outside the United States, the outcomes may be significant. At least 400 billion cups of java are consumed annually. Caffeine stimulates the central nervous system, creating feelings of alertness and feeling ‘awake.’ Over time, caffeine can over-work the adrenal glands, causing the person with addiction to caffeine to experience difficulty producing adrenalin, the body’s own source of energy. Over-caffeination, also known as caffeine toxicity, can be linked to:

Extreme tiredness, mood problems, depression, nausea, and muscle aches were also reported with an intake of too much caffeine. Withdrawal symptoms begin usually within 12-24 hours of quitting caffeine consumption, lasting up to nine days. People accustomed to doses as small as one cup per day have reported withdrawal problems. A gradual decline in use can curb some withdrawal symptoms, but more severely addicted persons may need to seek support for extreme symptoms, especially if there are co-occurring mental health issues such as anxiety or depression. Caffeine can have real, detrimental effects on the body and mind over time and is worth looking into cutting back, if not cutting it out, altogether if signs of addiction are present.

Caffeine addiction is a little known but widely experienced issue for many people. Serenity Oaks provides an intensive 5 week program to support your sobriety and recovery from addiction. Our therapeutic and medical support are just one of the tools we provide to help set you up for success in recovery. Call us to find out how we can help you get started: 844-720-6847.