How Do I Mute the Voices from My Schizophrenia? 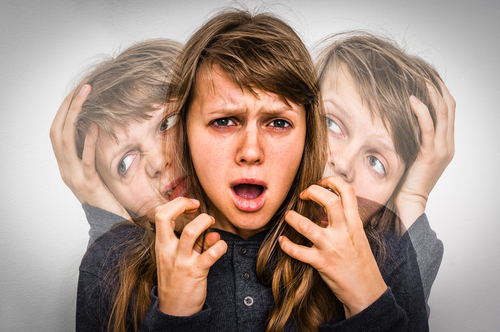 Around one percent of the population is affected with schizophrenia with symptoms that vary from case to case. The predominant symptoms that schizophrenia is known for include lack of motivation, trouble with concentration, delusions, and more commonly, hallucinations. Schizophrenia is usually depicted as someone that only “hears voices” or is “emotionally crazy” which is not the entire diagnosis.

One of the best defenses against hallucinations is through medication. Neuroleptics are a type of antipsychotic medication that can help to alleviate the voices that one with schizophrenia may hear in their head by about 80-90 percent or may get rid of the voices altogether. The mild tranquilizing effect that antipsychotic meds create reduces anxiety that schizophrenic people encounter and keeps them from acting on the impulses that command hallucinations pose.

Finding other schizophrenic like-minded people can show someone that may struggle to realize that they are not alone in their circumstances. Becoming part of a schizophrenic support group can bring to light the struggles of medication and the problems that they are facing on a day to day basis by picking up tips to better cope with the voices.

Cognitive behavioral therapy can help someone better manage the delusions that they are facing and in some cases the voices as well by analyzing on where the voice is actually coming from and what the voice is saying. Another technique of distraction has shown to be helpful when the schizophrenic person chooses to resist the need to divulge amongst the voices and try to disregard them in the first place.

Taking account of the voices from day to day can show different patterns that occur within each episode. By looking at the frequency, the tone of the message, the feelings incurred, and what actions need to be completed someone can become better informed with the direction of the voices.

By getting assistance and support from loved ones around them, schizophrenics can become better managed. Over what should be considered carefully is the overall mental health for a person to thrive in.

If you or someone you know is suffering from drug or alcohol abuse, Serenity Oaks Wellness Center can be instrumental in helping you to become sober. Our holistic therapy and 12-Step aspects can show you how to adorn your soul in recovery.