Can You Attend Coachella Sober? 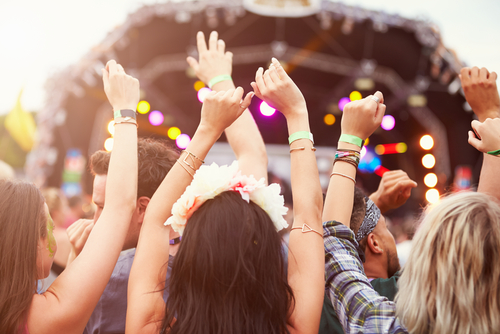 As the springtime comes into full swing, so do the music festivals. One of the most anticipated musical festivals of the year is Coachella. The Empire Polo Club in Indio, California fills up with 200,000 attendees each year for a two-weekend music and art festival that is rampant with people that are under the influence of drugs and alcohol. Booze, marijuana, and drugs of all sorts freely flow while concert goers enjoy their favorite artists.

There are people that are sober that go to this festival every year and some that have had a hard time dealing with the urge by being in such close proximity to the drugs and alcohol that are ubiquitous. In recovery, you may have been taught to stay away from slippery slopes and continue do activities that you enjoy which may seem almost impossible since you have not missed Coachella in years and do not plan to start now. The truth is that you can do anything sober if you put your mind to it and use your recovery tools. In the scope of Coachella, what you really need is some support and believe it or not there is some out there.

Soberchella is a real thing. In 2009, a movement started with one person with an addiction reaching out to another person with an addiction before the concert even had one person drive into the parking lot. A message board was created beforehand that set up the potential for those who suffered from addiction from drugs and alcohol to meet up and support one another amongst the others at the concert that were heavily under the influence for pretty much the entire weekend.

The movement begin with people inquiring on the message board about 12-Step meetings being held at the festival. There was no word about there being anything of the sort, so Soberchella made its debut by hosting a meeting at the food courts at noon so that no one had to miss the bands that they had come to see.

A website and a Facebook group has since been started to let others that are recovering from drugs and alcohol know that they too can stay sober during Coachella. With 30-40 in attendance every year, like-minded recovery peeps come together at Soberchella in the midst of complete debauchery to remind each other of their primary purpose – to stay sober and help others to achieve sobriety.

Serenity Oaks Wellness Center has a treatment program that wants to show someone that is addicted to drugs and alcohol how to get and stay sober. We offer our clients a alumni program that will assist them to THRIVE rather than just survive. Feel free to call us 24 hours a day as part of our continuum of care at 1-305-783-8896.