Can Drug Addiction be part of an OASIS? 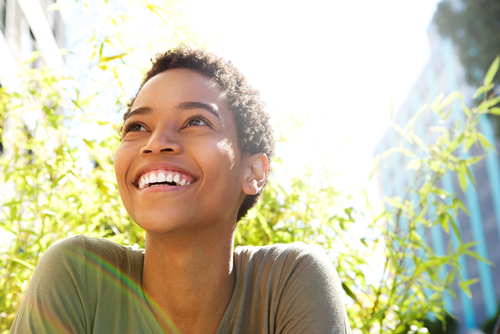 Recidivism is a common term that is used in a jail or prison facility that is defined by habitually relapsing due in part to participating in criminal activity which affects the majority of incarcerated inmates. Although jail is supposed to be a corrective way to help criminals stop doing the things that got them locked up, inside the jail can be just as dangerous. Many of these individuals who are jailed often come out worse than before they went into jail by receiving “street cred” while being detained. In jail, they become “harder” than ever by defending their less than honorable reputation on the inside.

A jail in Boston is trying to do something different with the inmates they house. By giving their prisoners a chance to redeem themselves from their past actions, they are allowing them a chance at a future without drugs and criminal racketeering. The Suffolk County House of Corrections just implemented their new program that is tailored to helping convicts stop suffering from recidivism any further.

Sheriff Steven Thompson along with Boston Mayor Marty Walsh, have begun to focus on the male pretrial prisoner population in which to lend efforts to assist these men who are considered transients in the legal system to get sober. Thompson unveiled a new program in June called OASIS, an acronym for Opioid and Addiction Services Inside South Bay. The program teamed up with a New England detox hospital, called AdCare, who would be responsible for the leading the inmates into recovery.

AdCare and the sheriff’s department will offer the inmates peer led recovery support groups, mental and physical health education, therapy, and medication-assisted therapy (MAT) when applicable. By having access to a recovery model that alcohol and drug rehabilitation centers offer to their clients, inmates who may not have another opportunity to get sober find a better way of living in their recovery.

Mayor Walsh, who has been in recovery from alcoholism for over two decades, applauds the program as a much-developed way to help the detainees with recovery measures. He remembers when Alcoholic Anonymous would bring meetings into jails. “The only recovery that happened in the prison was the AA meeting. That didn’t happen consistently,” Walsh said. “Most of the people that went to the AA meeting went there because you earned good time. But having a comprehensive program that actually dives into addiction is a whole different situation. It’s engaging. It changes people’s behaviors.”

OASIS now has 45 inmates in their unit with a capacity to hold 64. The goal of OASIS is to entice their prisoners to get the help that they need with substance abuse instead of falling prey to recidivism to keep them from coming back into jail. Rather they should be afforded the privilege to keep coming back to meetings outside of their incarceration.

Serenity Oaks Wellness Center is a 5-week extensive treatment program that can help someone who is struggling with drugs and alcohol to get sober. Our holistic therapy and 12-Step aspects combined will show our clients how to adorn their soul in recovery.